Interview with Nick Rutherford of The Porter 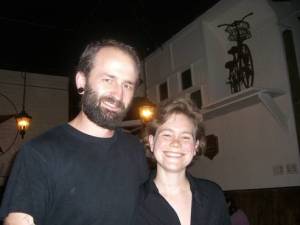 Brief Bio: Nick earned his culinary degree at the Art Institute of Seattle and worked at the Ritz Carlton in NYC, from there he was recruited to work at Seeger’s in Atlanta. Nick was a sous chef at Seegers for 3 years, then opened the Chocolate Bar with friend Aaron Russell before opening The Porter Beer Bar with his wife, Molly Gunn in fall 2008.

Why is the pairing of food & beer important to you? Because beer is amazing value for the quality you get for your money. In most restaurants a $6 glass of wine is vinegar, but a $6 beer is world class. At The Porter we serve food you could find in a fine dining restaurant, but at “beer prices” to make The Porter affordable to everyone. So pairing becomes simple and affordable with beer.

What got you started on pairing food & beer? I always drank beer, even when out at a fancy restaurant, I started even bring my own beer to restaurants because so many lacked good options, that’s when I got into pairing because I had to start thinking about what I was going to eat before I even got to the restaurant in order to pick the beer I was going to bring. 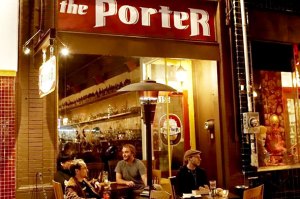 What are some of your favorite pairings? I love a great fruity sour with foie gras, or an IPA with a steak, my wife Molly adores a dark porter with dessert, especially if it’s chocolate.

Favorite style / beer to pair with? In general I feel you can pair pale ales and IPAs with almost any kind of food, so when in doubt choose hops.

Favorite all time beer? That’s an impossible question, but Pliney The Elder, Cantillon Lou Pepe, and Cigar City White Oak are all in the top 10.

Feature dish in which you pair beer with food or use beer in preparing the dish? We always prepare our mussels with a pale ale, but we also use beer in our beer batter for our fish n’ chips. It can be anything as long as it’s not too bitter, then the batter tastes burnt when it’s fried up.

Thoughts on the future of food & beer in fine dining? Molly and I visited Eleven Madison Park last winter and were astounded by the fantastic beer list. They had tons of cool vintage bottles and many rare and exciting things you expect only in a beer bar and not in a white tablecloth restaurant. We hope this is the future of beer and food, that craft beer is everywhere and not just in beer bastions.

Favorite restaurant in a city not your own?  We eat a lot of delicious asian food on Buford highway, for the money you can’t beat Chef Lui’s. We spend $17 for two of us and are totally stuffed with dumplings and leek pie.

Cook onion in oil and butter in a 12-inch heavy skillet over moderately high heat, stirring frequently, until onion is softened and browned, about 15 minutes. Add flour and cook, stirring, 1 minute. Stir in beer, broth, Worcestershire sauce, and pepper and simmer, stirring and scraping up brown bits, until gravy is slightly thickened, 8 to 10 minutes. Season with salt and additional Worcestershire sauce if desired.

This entry was posted in Chefs, Restaurants. Bookmark the permalink.